What is Web2 and Web3 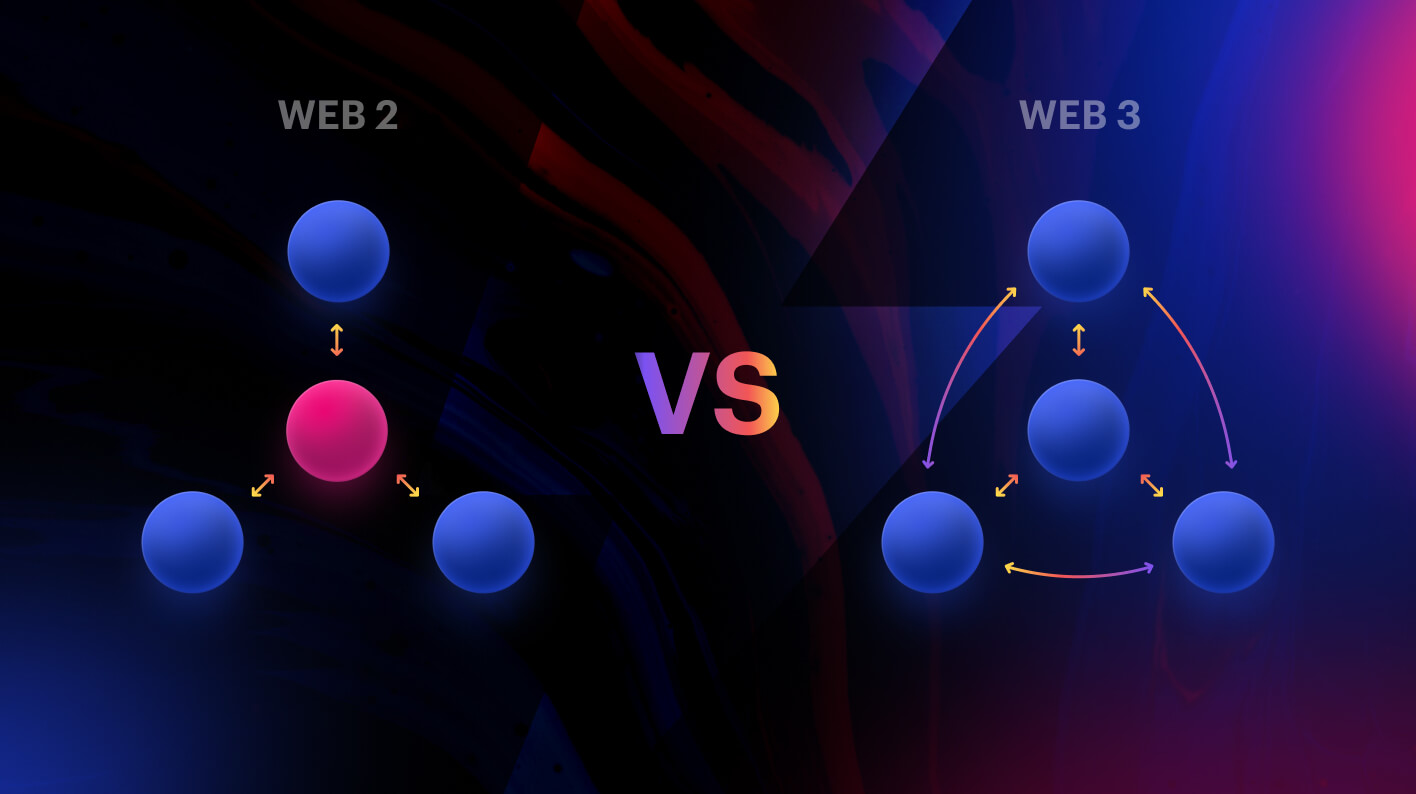 What is Web2 and Web3
Web3
What is

What is Web3: Definition

It's easy to get confused about Web2 and Web3. The terms have been used in many different ways, and lots of people seem to use them interchangeably. This article will help you understand the differences between Web2 and Web3, as well as some exciting new developments in the world of Web3.

The development of the World Wide Web (Web1) has given way to the Internet as we know it today, otherwise known as Web2. However, the Internet has not stopped evolving and going through changes. We aren’t sure what it will look like yet, but we can make some estimates based on cryptocurrency projects and other things that are already happening in the real world. If this trend persists, the way we use the Internet will change drastically. The truth is that Web3 hasn’t arrived yet, and we don’t know exactly what it will look like when it does.

Web3 is a new version of the internet that takes power and profits from Big Tech companies like Amazon, Facebook and Google allowing it to trickle down to the participants. Dapps are a promising way to create fully functioning, decentralized applications. Web1 is a Dapp that hopes you will join us in creating a fairer and more rewarding Internet.

Web3 is supposed to be the future of the internet, but experts have some reservations about it.

What is Web2: Definition

Web2 came about after 2004, when the infrastructure that supports Web1 was already established. The Internet went from a read-only medium to one that also enabled users to write; thus static websites offered inputs and even became interactive. Content creation became much simpler as a result, leading to more content creators, especially once blogging became popular. After 2005, the infrastructure supporting the functioning of the Internet continued to grow. As such, the Internet became less expensive and more common; however, more advanced and less expensive computers also contributed to its adoption by everyday people.

These tools are used by millions of people every day, who are able to create their own content for the web or share information about themselves or their ideas with others in ways that were not previously possible (or at least were not widely used).

Web 2 is a great tool, but it comes with some disadvantages as well. Here are some of the most important:

Sometimes you catch up with a lack of privacy when using Web2.0 tools because everything you do online could be seen by anyone else who looks into your account history – including companies who want your business! This can lead to fraud and spamming attacks if someone wants something from you badly enough.

Decentralization is the cornerstone of Web3. Decentralized systems are censorship-resistant and can be trusted because they are not controlled by a central authority. Decentralization has significant implications for censorship resistance, trust and the ability to execute contracts in a secure manner.

Web2 vs Web3 – Trustless and Permissionless

Decentralized applications, or dApps, run on distributed peer-to-peer networks. This makes them trustless and permissionless: no single entity is in control, which means the applications are censorship-resistant.

In the Web3 future, we will see greater connectivity between digital content than ever before. As more everyday devices become connected to the Internet of Things (IoT), they can access dApps on blockchains.

What are the Features of Web2?

Web2 features allow users to classify and catch up with dynamic information that flows between site owners and site visitors through comments, reviews, and ratings.

The Web2 uses HTML5, Ajax, and rich user experience to deliver dynamic, interactive content to users. Such technologies enable webmasters to insert dynamic video directly into HTML code, allowing them to provide their users with a richer experience than ever before.

As a result of the widespread availability of online social media, it's possible today to make money by simply being heard. People who have something to say can share their life stories on YouTube or other sites in order to earn money from advertising and monthly subscription fees.

You can use the content in any way you see fit, including sharing it with others.

In this web phase, the user can contribute to the content on the site by sourcing or crowdsourcing new material.

Content delivery can be achieved using a variety of channels, such as permalinks and file sharing.

What are the Features of Web3?

Web 3 is the third major version of the World Wide Web, an internet-based system that allows people to browse, read, and interact with information provided by web servers.

Let's look at the main features of Web3:

Web3 includes the Semantic Web, which enhances web technologies to generate, share, and link content through analysis and search as per the potential to understand what the words mean.

In Web3, computers will be able to understand language as well as humans do, enabling them to offer information and services that meet users' needs. The machines become smarter.

The features of Web3 include semantic metadata, data portability and interoperability, decentralized applications, and user experience. Semantic metadata is what allows this web phase to function. The result is increased connectivity and a more compelling user experience that relies on all available details.

In web3, companies will be using 3-dimensional design on their websites and services - eCommerce, computer games, contexts etc.

What is the Future of Web3?

In reality, both sides of the Web2 vs. Web3 debate have a role to play in the future of technology. Some people are hoping for a better internet through the development of Web3 and others are more concerned about where the internet is headed. However, we should embrace both sides and what they can accomplish by adding new features to existing websites instead of trying to kill an idea whose time has come or trying to snuff the entrepreneurial spirit of a global movement where people can build billion-dollar businesses.

Web3 will be much more than just a decentralized version of what we're used to today because it will have many different components that allow users to control their data from many different locations. It will also be completely encrypted so that no one can access it without permission from you first – even if they're using your computer! This means that all communications between parties are secure and cannot be intercepted by anyone else including governments who may want insight into your personal life (or worse yet, corporations who want access to your financial information).

While the Internet we use today is called Web2, it's not really decentralized. Companies like Google and Facebook are dominant in the market, collecting data from users and selling it to advertisers. Web3 is a new vision of the internet that will make this type of transaction obsolete by eliminating centralized servers and giving users the power to control their own data. If you've ever wondered what a Bitcoin node is and how it works, this guide will help you understand the basics of nodes.
What is
Bitcoin 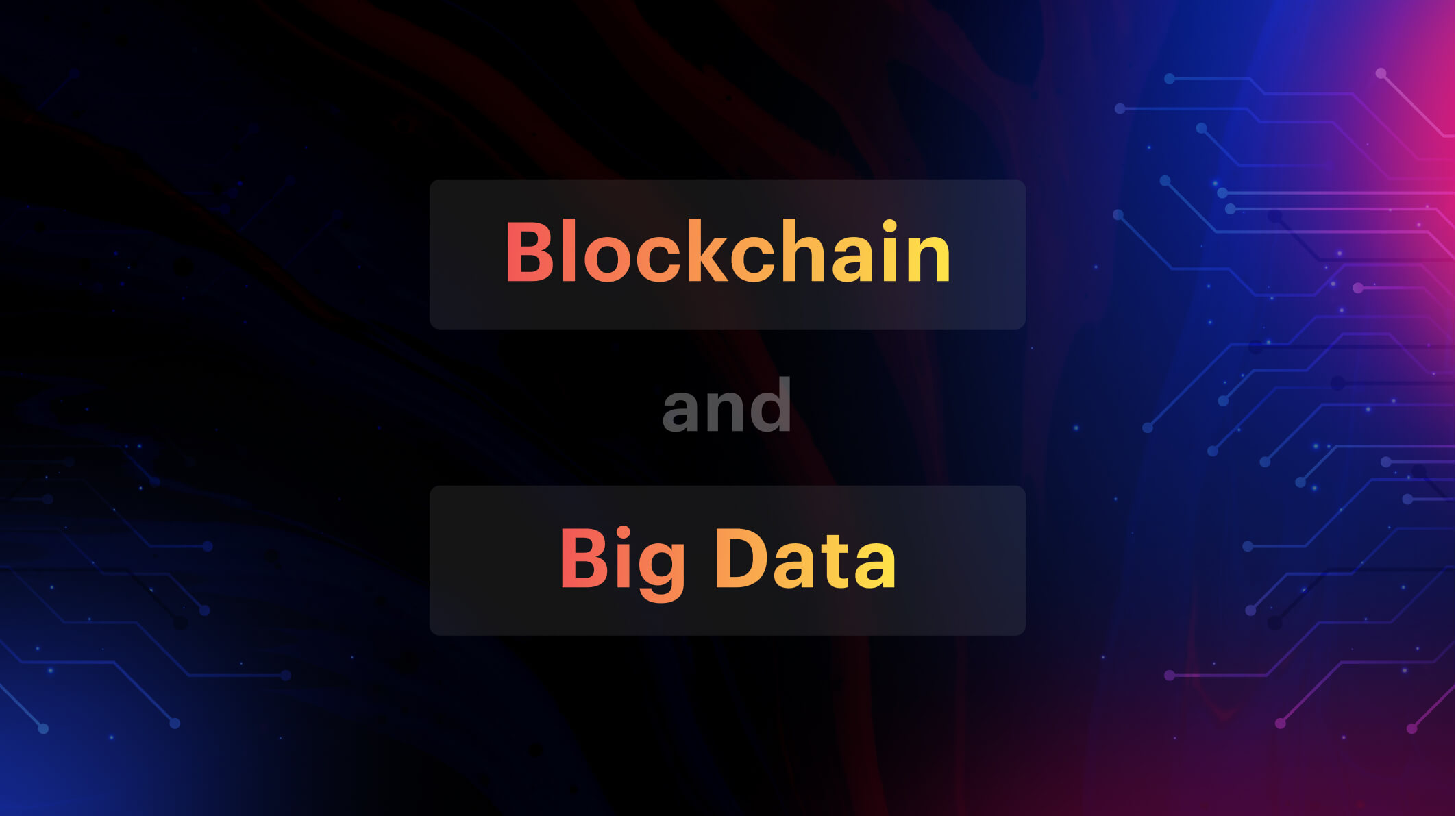 Blockchain technology and big data are two of the most important technological developments in recent memory.
Blockchain